The Space Race and the Origins of the Space Age

October 4, 2017 was the 60th anniversary of the launch of Sputnik, which initiated the Space Race. A panel discussion at the Wilson Center, featuring expert historians and current space industry professionals, reflected upon the past, present, and future of human space activity.

6th Floor, Woodrow Wilson Center
Get Directions
This event will be webcast
Stream will begin in approximately —:—:—

The Space Race captured the imagination of millions of Americans and remains a defining moment in our national history. Today, space technology and exploration have entered a second major era of new capabilities and discoveries. Once again, space occupies an important place in American life and in the popular imagination.

The Wilson Center’s Cold War International History Project commemorated the anniversary with a panel discussion featuring expert historians and current space industry professionals who reflected upon the past, present, and future of human space activity.

With this public event, the Wilson Center began a multi-year research and seminar program on Space Race history and the foundation that the Space Race set for our present era of space industry and exploration.

This event was an initiative of the Cold War International History Project, a part of the Wilson Center’s History and Public Policy Program.

“Looking at these [newly released] documents, the first thing that, I think, strikes us is that the Space Race really began even before Sputnik.”

“The reaction to Sputnik was also very complicated in the Soviet Union, and it wasn’t necessarily one that paralleled the one in the United States."

“If you look at Apollo, it was a great technological achievement. It was amazing – I think one of the greatest scientific and technical achievements in all human history. But I think that, in many ways, it was really bad for the space program because it set the bar so high that everything else is, by definition, a disappointment – and it’s been kind of a disappointment for 40 years.”

“The end of the Cold War meant a fundamental transformation of the human space flight reality. It turned everything into a cooperative effort, pretty much, other than the Chinese, who have done a go-it-alone program… Everybody else is in the ISS and it seems like future deep-space exploration will also be cooperative.”

“There was an enormous acceleration [in U.S. space activity] as caused by the Second World War and then by the Cold War and then… at some point, it’s going to normalize, and we’re not always going to have this driving crisis full of geopolitical-military motivation to rush forward with human space flight.”

“This panel, and the public in general, is fixated on human space flight, yet 90 percent of what we do in space has nothing to do with human space flight. Our whole daily life is now supported by infrastructure in space.”

“Don’t get me wrong, competition is great. We need competition. If there was only one company, and that was it, that would probably tell you that the market was too small. We need lots of people going, lots of destinations, we need lots of things happening in space. That’s how we’re going to grow a space economy… Satellites are one thing, but then we’re going to have to launch places to go to. It could be a factory in space, it could be a mining operation in space – you can think of lots of things.”

“We need to get to a place where two kids in a dorm room can come up with an application that you can put on a platform in space that changes the world. That’s what you see on the internet today. We don’t have that in space because access to space is so hard. It costs you hundreds of millions of dollars to set up a satellite, put it on a rocket, and send it up to space… You need all these things and it takes years and years.”

"I’ve seen space become a different race. At first it was one of exploration… People just wanted to go further, they wanted to go into orbit, they wanted to go to the moon, and then we had the dream of going to Mars… Then I saw kind of a shift, and space has become more of an enabler right now, for our time. It’s a way we get great weather pictures from space… We have GPS, which helps us get turn-by-turn navigation… So, it’s more of an enabler – we move information through space. And now we see it slowly but surely turning back to more of an exploration thing.”

"If you don’t go to space as a conservationist, you’ll come back as one, beause I’ll tell you what – it is incredible when you look at the Earth and you see the major changes that don’t look normal, that [are] manmade.” 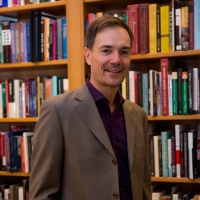 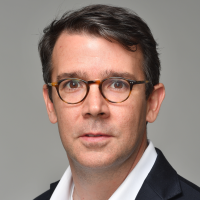 Public Policy Fellow;
Staff Writer at The Washington Post, covering the defense and space industries; Author of "The Space Barons: Elon Musk, Jeff Bezos and the Quest to Colonize the Cosmos" 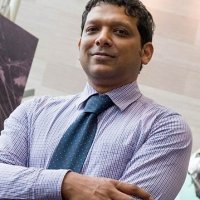 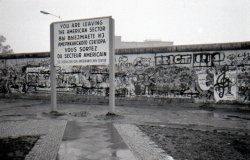 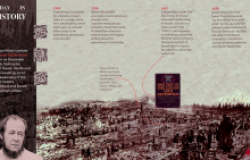 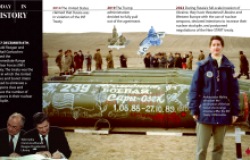 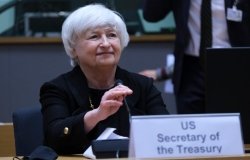 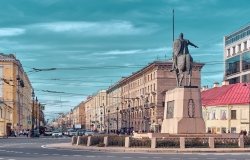 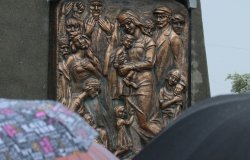 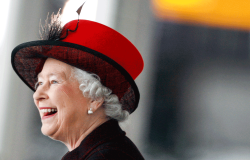 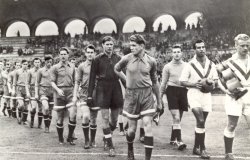 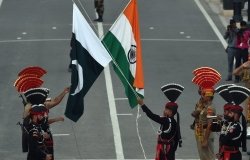 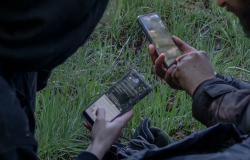 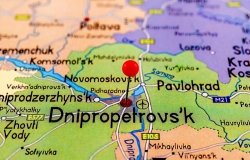